Allan has been representing persons charged with firearms-related offenses for over forty years. As an expungement lawyer, he regularly enables persons with criminal convictions to expunge their criminal record and thus regain their Second Amendment rights. He represents persons previously committed to mental health facilities, thus enabling restoration of their Second Amendment rights.

Allan is a member of the National Rifle Association, the Association of New Jersey Rifle & Pistol Clubs, Inc., and the New Jersey Second Amendment Society.

Allan has been a member of the New Jersey and federal bars since 1976. During most of that time, he was in private practice. Criminal defense has always been a predominant feature of that practice. Between 1989 and 1997, Allan served as a staff attorney with the Office of the Public Defender, Middlesex Trial Region. In that nine-year period, his exclusive assignment was criminal defense. He tried numerous indictments in the Superior Court of New Jersey, usually in front of juries. Many of those trials were on behalf of clients who had been charged with gun-related offenses. Law & Politics Magazine, and the publishers of New Jersey Monthly, have included Allan Marain on its annual list of New Jersey “Super Lawyers” on six separate occasions. A 2013 Joint Resolution of the New Jersey Legislature recognized him, stating, “Within all the spheres of his life and work, Allan Marain has established a model to emulate and set a standard of excellence towards which others might strive[.]”

Allan belongs to the New Jersey State Bar Association. He is a past chair of its Criminal Law Section. Allan has also been a guest lecturer in criminology courses at Rutgers University. Allan is a past Trustees of the Association of Criminal Defense Lawyers of New Jersey.  He completed a three-year term as trustee of the Middlesex County Bar Association.

Allan was graduated with honors in 1976 from Seton Hall University School of Law. He is a Senior Instructor with Garden State Continuing Legal Education Services; He has been a guest lecturer at Seton Hall Law School and at Rutgers University. He has also instructed the Skills and Methods Course in Criminal Law for the New Jersey Institute for Continuing Legal Education.

Allan lives with his wife Karen and their cat Jade in Franklin Township, and in Nutley NJ. Allan's hobbies include reading, mathematics, philosophy, sociology, computers, aviation, movies, and physics. He also likes 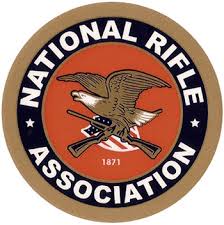 animals and music. He enjoys playing chess, checkers, hearts, backgammon, and monopoly. He is a card-carrying member of the National Rifle Association, the Association of New Jersey Rifle & Pistol Clubs, and the New Jersey Second Amendment Society.

Allan has a commercial pilot’s license. He is a Certified Flight Instructor, an instrument ground instructor, and an advanced ground instructor. He flew regularly from Central Jersey Regional Airport (47N) in Manville, New Jersey. Allan grounded himself several year ago when he found that he lacked

time to fly regularly and thus maintain sufficient proficiency. However, he maintains his flight instruction certificate and occasionally lectures on instrument flying. He looks forward to resuming his flying at some future date.

No aspect of this website has been approved by the Supreme Court of New Jersey.