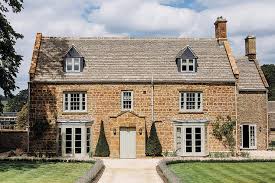 On this page, Gun Lawyers in New Jersey™ explain both New Jersey and federal domestic violence laws as they affect Second Amendment rights.


New Jersey's Prevention of Domestic Violence Act of 1991 severely affects gun owners' Second Amendment rights. This Act is a comprehensive collection of statutes adopted by the New Jersey Legislature. Its definition begins at N.J.S. 2C:25-17. Domestic Violence Act provisions cover obtaining restraining orders, and the effects of such orders. Persons subject to a domestic violence restraining order, or against whom a domestic violence restraining order is being sought, can find elsewhere an overview of how it works.

One of those domestic violence duties is to seize any weapons that the officer “reasonably believes” would expose the “victim” to a risk of serious bodily injury. If the officer seizes a firearm, he must also seize any firearms purchaser identification card (“FPID”), or permit to purchase a handgun, issued to the accused individual. The Domestic Violence Act requires the officer to then turn those items over to the county prosecutor.

New Jersey judges for the most part allow county prosecutors to ignore that forty-five day requirement with impunity. Thus if the forty-five days has passed with the prosecutor having taken no court action, the New Jersey gun owner is far from home free.

Even with no conviction, and no finding of domestic violence, seizure of a firearm under the Act constitutes a serious threat to gun owners' Second Amendment rights. N.J.S. 2C:58-3c(8) specifies that anyone whose firearm has been so seized is immediately disqualified from obtaining or retaining a firearms purchaser identifier card. This disqualification continues until the firearm is returned. If the firearm is never returned, New Jersey law makes the disqualification permanent.

Gun Lawyers in New Jersey™ believe that the permanent ban just mentioned constitutes a blatant violation of the Second Amendment of the United States Constitution. They are ready, willing, and able to challenge that provision in court. Regardless, possessing a firearm without the FID exposes the possessor to a prison sentence and high fines. For these reasons, firearms owners must never walk away from the seized firearm under the belief that they can just replace it with another. They can't. Treat firearms seizures therefore with the seriousness they deserve.


As with New Jersey, the federal government has enacted laws relating to domestic violence. These laws are set forth in Chapter 110A of Title 18 of the United States Code. Severely less detailed than New Jersey's Prevention of Domestic Violence Act, Chapter 110A nonetheless defines domestic violence-related crimes, and prescribes harsh penalties.

When a person has been convicted of a crime, both New Jersey law and federal law take away that person's Second Amendment rights. Under the New Jersey Code of Criminal Justice, if the conviction arose from a domestic violence situation, it need not have been a conviction for a crime. N.J.S. 2C:58-3c(1) specifies that no firearms purchaser identification card can be issued when the person has been convicted of even a disorderly persons offense when the charge arose out of an act of domestic violence.

The strategies just described preserve the gun owner's Second Amendment rights under New Jersey law. Under federal law, however, the story may not end there. 18 U.S.C. Section 922(g)(9) specifies that it is unlawful for any person who has been convicted of a misdemeanor crime of domestic violence to possess any firearm or ammunition. 18 U.S.C. Section 921(a)(33)(A) defines “misdemeanor crime of domestic violence” to include any misdemeanor that has, as an element, use or attempted use of physical force against persons presently or previously in specified domestic relationships. These specified relationships include spouse, parent, or “a person similarly situated.” Thus, even when the alleged domestic violence offense is downgraded to a municipal ordinance, if an element of that ordinance involves physical force, actual or just attempted, the federal prohibition can apply.


The information above is only a summary (and a brief one at that) of how federal law, and laws relating to New Jersey's Prevention of Domestic Violence Act affect Second Amendment rights.

These laws are complicated. New Jersey gun owners affected by these laws should seek skilled legal help immediately upon becoming involved in a domestic violence situation. Gun Lawyers in New Jersey™ can provide that help.

Time is of the essence.