Every page on this site has this quotation near the bottom: “The overriding philosophy of our Legislature is to limit the use of guns as much as possible.” This quote is from a 1973 New Jersey court case called State v. Valentine. Valentine set the stage for another case that came down a quarter century later. That second case was Adler v. Livak, 308 N.J. Super. 219 (1998).

New Jersey Statute 2C:58-3d says persons applying for an FID card are entitled to completion of processing within thirty days. Ms. Adler waited her thirty days. Then she waited five more days. No approval. No denial, either. She went to court seeking enforcement of the thirty-day requirement. Franklin Township Police finally approved her original application twenty-one days after she sought court relief, before the court had acted on her application.

Because the case presented an important issue that could (and would) arise over and over, the trial court kept the case open, to issue a ruling. Its ruling held that it was proper for the police to await receipt of Adler's FBI crminal history before acting on her application. She appealed. The Appellate Division of the Superior Court of New Jersey affirmed. Its reasoning was:


The Adler court thus sent a strong message to police departments throughout New Jersey. Its message applies to applications for FID cards, as well as to applications to purchase a handgun. That message is, “Officers, there's no hurry. Take your time. Drink your coffee. 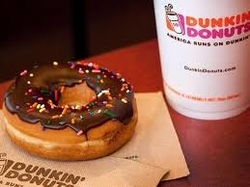 Except in the most egregious cases, the courts will allow you guys to put applicants' Second Amendment rights on hold.”

Adler remains good law. “Good law” does not mean that Adler complies with the Second Amendment. And it certainly does not mean that Gun Lawyers in New Jersey™ agree with it. All it means is that as of September 27, 2022, no higher court has overruled it. But no higher court has approved its holding, either. Quoting my friend David Baugh, “In criminal law there is only one true law, the constitution of the United States. All statutes and codes are merely the ravings of politicians.”

As indicated above, the New Jersey court issued its Adler decision in 1998. The last sentence of its first paragraph reads:


Now we are in the twenty-fourth year since the court decided Adler. Technological advances in information processing have given chiefs of police the ability to obtain SBI and FBI reports within, literally, seconds. These advances have obliterated Adler's entire justification. Reexamination and overruling of Adler is long overdue. To the extent Adler might some day be overruled by the Supreme Court of New Jersey (don't hold your breath) or the Supreme Court of the United States (quite possible), hope remains.

Adler's takeaway is that, although N.J.S. 2C:58-3d requires processing your FID application (or handgun purchase application) within thirty days, New Jersey courts refuse to enforce that requirement. New Jersey police agencies, aware that courts do not enforce the thirty-day requirement, take their sweet time. Your options then become to wait it out, or to say enough is enough and take the police department to court, or to just give up entirely.

Police know that few people are able to find the time or the money to take them to court. Police also know that even when people do take them to court and win, that “winning” accomplishes nothing more than the judge telling them to process the application. The judge may even give the police additional time to do so. The judge will impose no fine on the police. The judge will impose no requirement to reimburse your counsel fees. The judge will impose no requirement to pay court costs. There will be no official reprimand. For the police, “losing” has no down side at all. Put bluntly, police have no incentive to put down their damn coffee and do their job. And by the time your court hearing date even arrives, police might have completed their processing even without your having contacted the court at all.

What We Can (and Can't) Do To Speed It Up

Practically speaking, what Gun Lawyers in New Jersey™ can do to speed things up is limited. They can call the police individual handling the matter. Their only “weapons” on that call are persuasion and (God help us) charm. Threatening to take them to court would be counterproductive, for reasons indicated above. More proactively, Gun Lawyers in New Jersey™ can file a court petition in an effort to move things forward. Is it worth it? As just indicated, the police chief might have approved (or denied) the FID application anyway even if you never contacted the court in the first place. But then again, they might not have. How many angels can dance on the head of a pin?

An organization called the New Jersey Second Amendment Society (NJ2AS) offers other suggestions. That organization outlines procedures that do not involve going to court. (We discuss NJ2AS in more detail below.)

Here's another idea: Sue the police department, not to obtain your card but, rather, for damages for denying you your rights under the Second Amendment. This “denial” will probably have been for a few weeks or, possibly a few months. How much will a jury decide that such delay is worth, in dollars and cents? Will the case even reach a jury? There is a court-made concept called qualified immunity that precludes recovery against public officials when the right sought to be enforced was one that was not previously “clearly established.” This would be an uphill proposition that could be very expensive. Were we to prevail, however, the court could order the police department to pay reasonable attorney's fees under federal statutes 42 U.S.C. § 1983 and 42 U.S.C. § 1988. 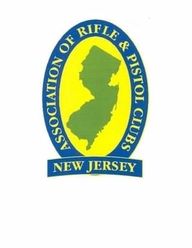 But the heading topic above is what we can do to speed it up. “We” means both Gun Lawyers in New Jersey™ and you, kemo sabe. Something else is very practical that you can, and should, do: Join one or more organizations that fight New Jersey's Second Amendment abuses. The Assocation of New Jersey Rifle and Pistol Clubs (ANJRPC) is an organization that deserves your support. It fights hard to vindicate Second Amendment rights. It is very active with issues such as described on this page. Another excellent organization is the New Jersey Second Amendment Society (NJ2AS), discussed above. Pick one. Pick both! And tell them www.NJGunLawyers.com sent you!

In numbers there is strength. So more than just joining ANJRPC or NJ2AS, become active in those organizations! Contribute to them in money if you can and, to whatever extent possible, your time. We guarantee you will make new friends.